We would like to thank all the ISCSO 2017 participants for their contributions to the event. The winner of ISCSO 2017 is Team COIN from Michigan State University, United States. You may find the optimum solution, reported by the winner, below. Congratulations to all members of Team COIN! 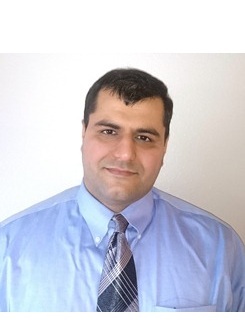 Ali received his Bachelor’s and Master’s degree in Mechanical Engineering from the University of Tehran, Iran in 2006 and 2009, respectively, and his Doctorate in the same field from Michigan State University (MSU), USA in 2017. He is now a research associate at MSU. He was the recipient of the 2012 Richard H. Brown – ME Endowment Award and Graduate Office Fellowships. His research concentrates on stochastic optimization methods for black box optimization and their specialization for engineering problems, such as structural optimization, multimodal optimization, surrogate-assisted optimization as well as optimal design of artificial lateral systems for underwater object localization. 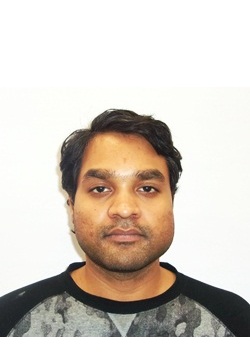 Abhinav received his Bachelor’s degree in Mechanical Engineering from the University of Delhi, India in 2007 and his Master’s degree in the same field in 2011 from Indian Institute of Technology-Kanpur, India. He is now a Doctoral Candidate in the Electrical and Computer Engineering Department at Michigan State University (MSU), USA. He was awarded with the Engineering Excellence Fellowship for the academic year 2013-14 by the College of Engineering at MSU. His research in the area of Online-Innovization focuses at finding patterns in Pareto-optimal solutions and using that knowledge to repair poor solutions and expedite the convergence rate of evolutionary optimization algorithms. Furthermore, he has shown special interest in solving real-world optimization problems coming from the industry. He has worked on three industry research projects till now, two of which are at different stages of implementation.

The optimum values for the sizing and shape variables reported by Team COIN are available in this table. The final geometry of the optimized truss structure is also depicted in the following figure. The reported optimum weight is 44090.5356 kg. 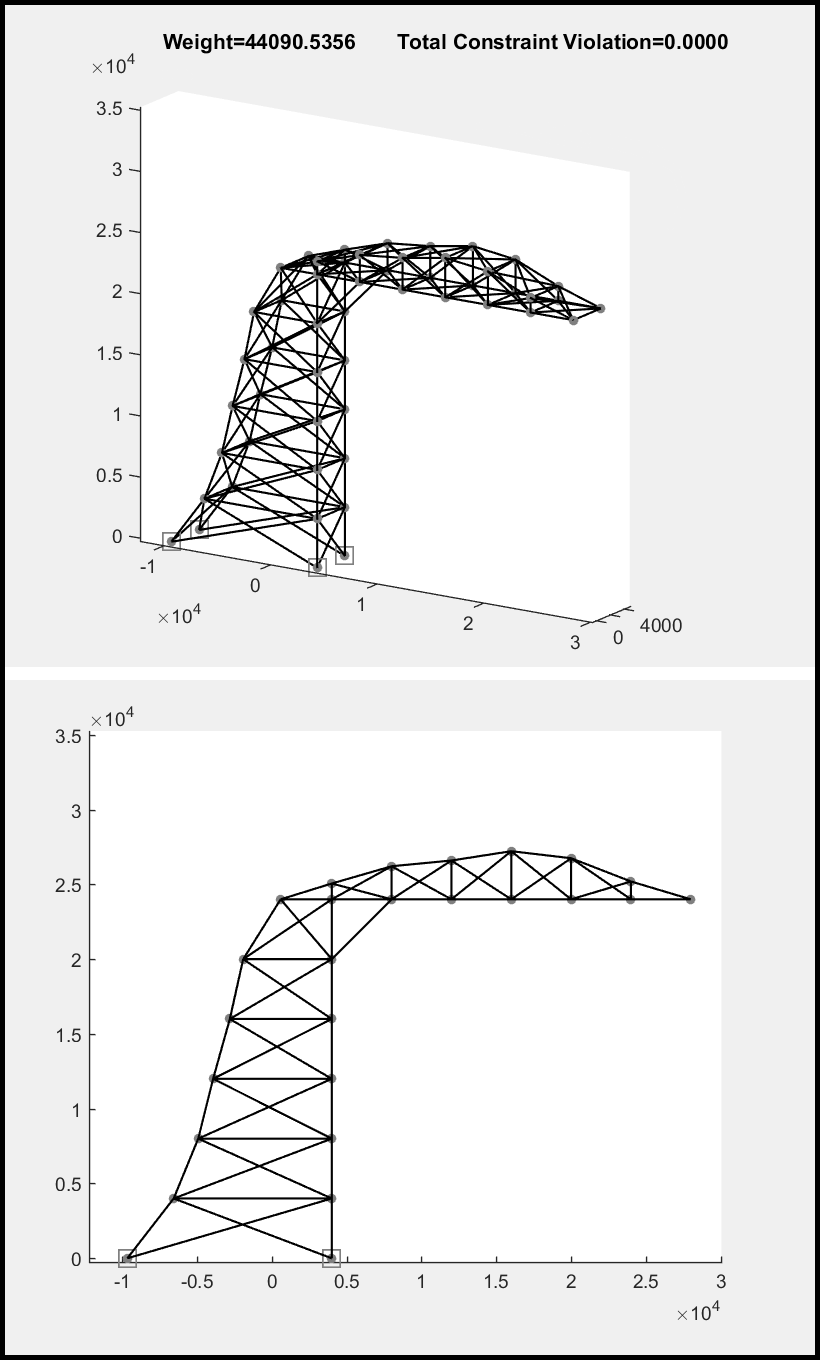