We would like to thank all the ISCSO 2015 participants for their contributions to the event. The winner of ISCSO 2015 is Team COME from Technical University of Munich, Germany. You may find the optimum solution, reported by the winner, below. Congratulations to all members of Team COME!

I received the Bachelor of Science degree in Mechatronics Engineering at Budapest University of Technology and Economics, while I wrote my B.Sc. thesis in the topic of optimal control. In October of 2014 I started my Master’s program in Computational Mechanics at the Technische Universität München.

I am 25 years old and I was born and raised in Thessaloniki, Greece. After taking the national exams, I succeeded in getting a place to study Civil Engineering in Aristotle University of Thessaloniki. In the last years of my diploma studies, I was intrigued by computational methods and as a result I carried through my thesis on that field. Finally, after graduating with the highest grade in my class, I applied and got accepted in the M.Sc Computational Mechanics in Technische Universität München. Currently, I am in the third semester of my studies and alongside optimization, I am interested also in acoustics and FEM.

I am currently on my Master’s degree in Computational Mechanics at the Technische Universität München. I have acquired a diploma in Civil Engineering and since optimization is quite important in that field of studies it has always got my attention. It was only until now, though, that I attended lectures in optimization using different algorithms and quickly got keen to it. I am planning to do my Master’s thesis on this field next semester. 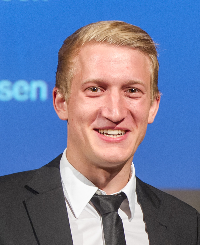 I was born in Schrobenhausen, Germany. In 2011 I started my Bachelor’s in Civil Engineering at the Technische Universität München. After studying a semester (in 2013-2014 academic year) in Granada at the Universidad de Granada, I graduated in 2014. I am currently doing a Master’s in Computational Mechanics. 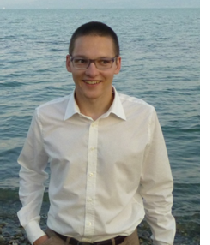